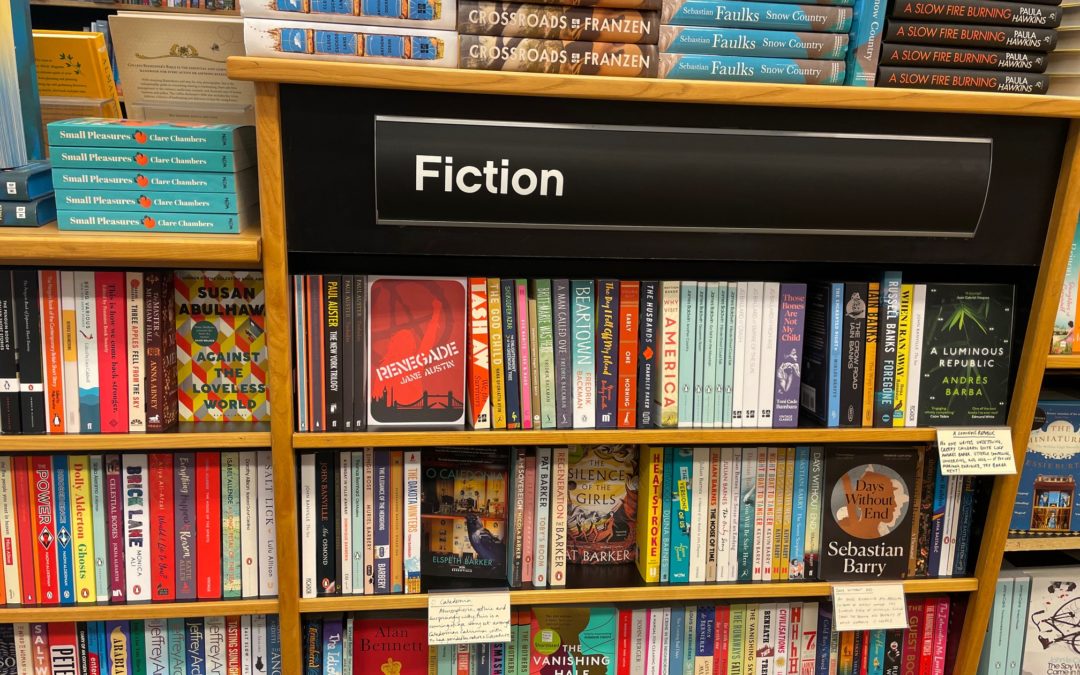 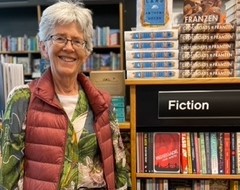 After the launch in May of my second novel, Renegade, I met with Wendy Kent of York Libraries, and donated a set of 10 books available for book groups in York. How will this promote sales, you may ask? I see it as a form of lateral networking, where someone mentions a book to a friend, she likes the sound of it and probably buys the e-book, or even better, goes into her local bookshop; it’s available at Waterstones, York.

It is also on the shelf at Canary Wharf Waterstones (see below). The local newspaper did a feature recently, https://wharf-life.com/interviews/whitechapel-author-jane-austin-renegade-news-from-nowhere/  which should generate interest. I went with my husband, Trevor, for a weekend jaunt, it’s one stop from our home in Whitechapel to Canary Wharf on the new Elizabeth Line. We stood in awe in this mini-city of glass and steel and sweeping curves, towering cathedrals to capitalism glinting over the Thames. Like lambs we followed the crowds into a cavernous shopping centre and into Waitrose, the largest in the country, and indulged our taste for Matzo crackers, chopped herring, smoked salmon and Vienna sausages. 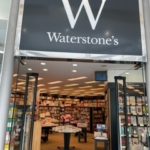 There are so many ways to promote a book, it can feel overwhelming. I’m not good at plans, I tend to leap from one idea to the next, then write a list and think that’s it, I’ve done something. I have a pile of ‘must read next’ books, I have a reading as well as a writing journal, and have made a start on the new novel, and still feel I’m not on top of things. Do you recognise this? Oliver Burkeman’s blog, The Imperfectionist, pulls me down to earth:

‘We can’t ever get free from the limited and vulnerable and uncertain situation in which we find ourselves. But when you grasp that you’ll never get free from it, that’s when you’re finally free in it – free to focus on the hard things, instead of the impossible ones…’

Burkeman’s, Four Thousand Weeks, Time Management for Mortals, helps focus my mind on what really matters. Now. Never mind checking if there’s another review on Amazon, just get on with the job in hand! Don’t get me wrong, if you’d like to write a review, I’d be delighted! And do drop me a line in the Contact Me box with anything on your mind. 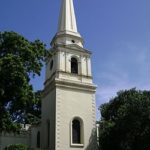 Looking ahead, I’m speaking at York Libraries Big Read festival on Saturday 22 October, 2pm, and hope book club readers will have borrowed Renegade and come for a chat. I’ll also talk about my September trip to Chennai (formerly Madras), India, to research the childhood of Eliza Raine, whose life is the subject of my next novel. York academic, Aishwarya, kindly spoke to me about her home city where Eliza was born (1791) and will put me in touch with local historians and guides, to make the best of my short trip. Eliza and her sister, Jane, would
have known St Mary’s Church (1680), popularly known as the Westminster Abbey of the East, to be found at Fort St George, Chennai, Tamil Nadu. I will also visit Hindu temples, such as Kapaleeshwarar Temple, built in the 7th century, to help paint a picture of Eliza’s maternal heritage. 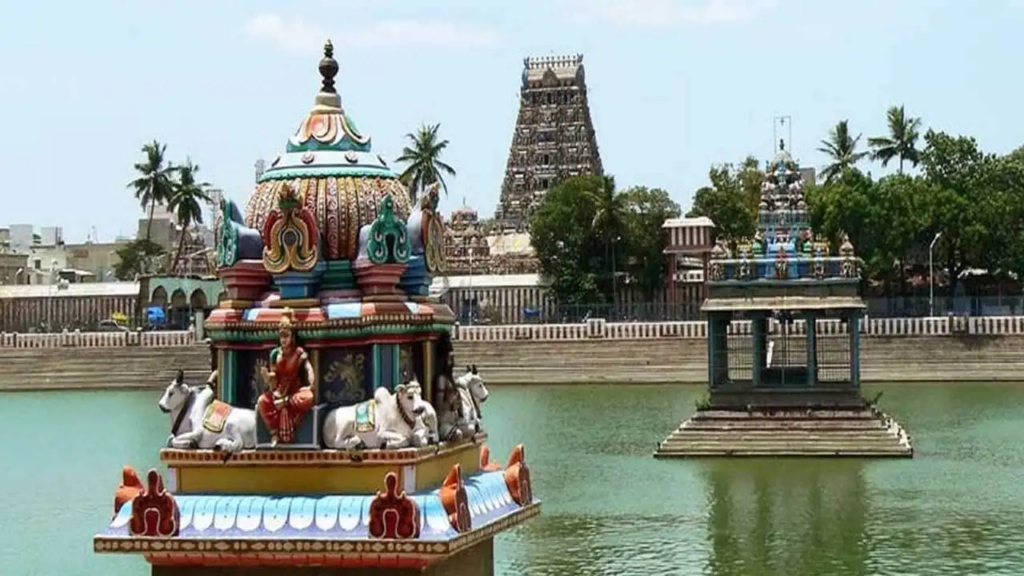 We moved from York in the summer of 2020 mid-pandemic, followed by months of living in a family ‘bubble’ with no opportunity to connect with neighbours or make new friends. We were luckier than those who were separated from loved ones, but putting down roots in a new city requires meeting neighbours and connecting with communities of interest.

I eventually met up with Jeremy Worman, who I knew through Cinnamon Press; he’d selected my short story, Les Petites Curies, to be included in a Cinnamon collection. Jeremy kindly agreed to read Renegade and write a jacket blurb, then invited me to join his writers’ group. There are now five of us, and we meet every month in each other’s homes, share a meal and discuss the work of two of us received in advance, with time to read and annotate. It’s a very friendly, longstanding group and I feel privileged to be part of it.

Jeremy’s memoir, The Way to Hornsey Rise, is about to be published by Holland Park Press. It’s set in a 70s hippie commune in North London, and writer, Francis Gilbert says the memoir, ‘rips away the veneer of the British upper-middle classes, showing them to be venal, despairing, corrupt….highly recommended.’

To pre-order go to https://www.hollandparkpress.co.uk/books/the-way-to-hornsey-rise/