Welcome to my website! Here you will find more information about my books and writing projects and an invitation to sign up for the newsletter.

My new novel, Renegade (Cinnamon Press Leaf by Leaf March 2022), is the story of Justin, a 70s urban guerrilla, who late in life is confronted by the consequences of his rebellious youth and grapples with the fallout for his family. When his son is drawn into radical politics in Rojava, Syria, Justin is devasted. It’s a modern tale of political turmoil, loyalty and betrayal and one man’s search for identity. 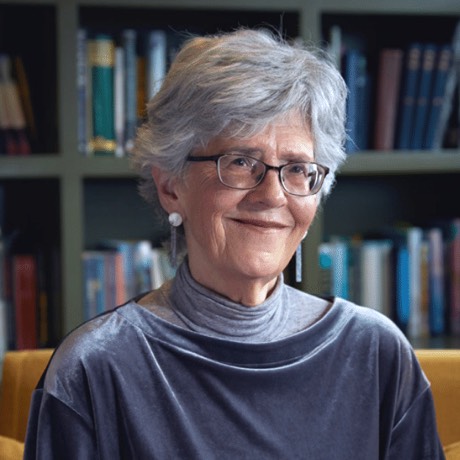 Justin, a popular Leeds professor, seeks redemption in the ashes of youthful idealism. Holding together his family is already a struggle as his son, Sanjay, is drawn into radical politics by his lover Farida, who joins a Kurdish Women’s militia to fight ISIS. With nerves already frayed, Justin’s wife, Harpreet, is devastated when revelations of his past as an urban bomber come to light, turning his life upside down.

Can love and loyalty prevent this family from imploding?

Renegade is a compelling story of 70s rebellion, revolution in Rojava and a family in a tailspin; a tale that touches the beating heart of our times. 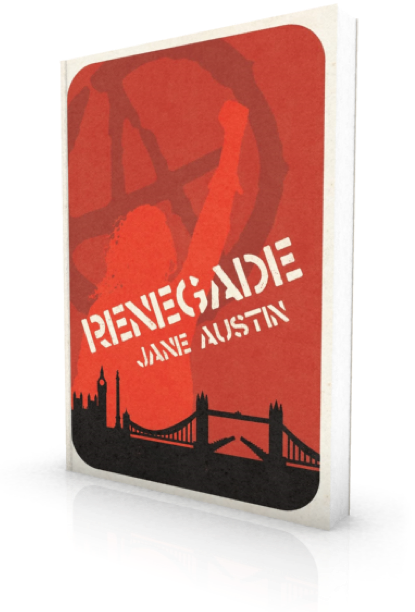 From 1970s violent anarchy in Notting Hill to respectability as a happily married university professor: can Justin come to terms with the guilt of his past? This evocative historical novel also explores the nature of libertarian ideals in the contemporary world. An absorbing read.

An absorbing read, Renegade flicks between the present day and the 1970s to raise questions about the troubled conscience of a former political activist who allowed a friend to serve a prison term while he walked free. This accessible but serious book asks us to weigh youthful ideals with long term loyalties and to consider how what we might have done in the past could come back to haunt us. An emotional family drama that addresses the risks people are prepared to take to fight for justice and the terrible consequences that might follow. Renegade is a completely relevant book for the present day.

What is the difference between consistency of principle and dangerous fanaticism? How does self-determination shift into self-preservation or self-justification? Running from the years of the Angry Brigade to the current shifts of theology into totalitarianism, the political activists in Jane Austin’s Renegade both tackle and exemplify the problem, some fatally pursuing principle, others using it as a cover and a protection. This political puzzler is a subtle and sympathetic tract for our times.

It is 1914 in Bangor, North Wales. Bronwyn is sixteen and her three brothers, Huw, Glyn and Aubrey, and Tada, her Methodist Minister father, will leave for the Western Front. Bangor, a quiet backwater, sees the arrival of destitute Belgians, men coming home wounded, and women in leading roles. Bronwyn takes on responsibility at the Methodist Book Room as well as helping Mam send endless parcels to the front. The war is brought home in her brothers’ letters, by turn light-hearted and searingly honest.

As the family copes with uncertainty and loss, Bronwyn finds first love and becomes involved in political activism, going on to volunteer at a London Military hospital run by suffragists and travelling to France. Bronwyn knows that one day she will write about the aftermath of war, but when the war ends its toll on her family continues and Bronwyn faces new losses and challenges before she can move on with her life.

Inspired by letters from family members who served on the Western Front and written home to Bangor, News From Nowhere describes the impact of war on a family. 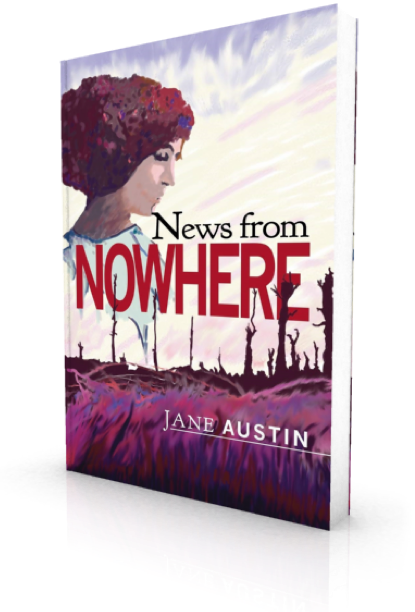 Praise for News From Nowhere

I had the pleasure of meeting Jane after attending a workshop she was helping with and I bought her book. I have to say I do not normally go for stories set in war time but this book is exceptional. The characters are brilliant especially Bronwyn who I grew to adore. She is a very strong independent woman and considering what she goes through within the story, I admire her for her strength, versatility and morals. A great read and giving no spoilers, had me on an emotional roller coaster from start to finish. Thank you Jane for this story and it was a pleasure to meet you. I look forward to your next book.

News From Nowhere does vividly what historical novels can do better than history books – offering the reader an imagined window onto one particular field in the vast landscape of the past. This is a moving depiction of the Roberts family – their love of each other and of their piece of North Wales and its landscape, their fierce and particular Methodism – and of the terrible impact of World War I and their battle with War itself. I enjoyed Bronwyn’s independent spirit and developing sense of self, fostered by her family, and her feminism.

A Little About Me

I was born in Liverpool, studied French at university and now live in London after many years in York. In the 1980s I was a political activist, followed by a career in a number of settings including schools, adult education and university.

Over a dozen years ago I took a part-time diploma in Creative Writing at the University of York. I’d always been a great reader, belonged to book clubs and attended literary festivals but never written consistently beyond scraps in a diary and scribbled short story ideas. I found that writing alongside others provided much needed support and nurtured and sustained a belief in myself as a writer.

I’ve gained a huge amount from belonging to writers’ groups. A few years ago I teamed up with two writer friends and we spoke recently at York Literature Festival about our Encore Careers! as older women writers. Between us we have a portfolio of novels, short stories, poetry and memoir and we inspire one another with excitement about our writing journeys.

My debut novel, News from Nowhere (2017)  was short-listed in a competition and published after a period of mentoring, by Cinnamon Press, a small independent publisher. It’s a tale of love, loss and political awakening in Bronwyn, whose brothers write home from the Western Front, and is inspired by my grandfather’s collection of wartime letters.

Renegade, my second novel, is infused with my experience of huge social and political upheaval in the 80s. For ten years I was a member of a left-wing revolutionary group; I took shop floor industrial jobs in engineering and in the knitwear industry, and was one of the first women rail guards at Marylebone station and in Sheffield. I don’t share the anarchist politics of my protagonist Justin, but like him I was drawn into action.

Today, my activism is local, to improve the estate where my husband and I now live in East London. We’re grandparents to gorgeous twin toddlers who live nearby and we have the joy of seeing them grow up. I have joined a cracking writers’ group in Hackney and have links with the wonderful Brick Lane Bookshop.

My advice to anyone starting out is, join a class or writing group and keep on writing. Write freely and without interruption; read your work out loud and listen to your writer’s voice. Keep at bay your inner critic for as long as possible. There’ll always be time for editing and rewriting. Getting stuff down on the page comes first.

I’m now writing my third novel. Do sign up to the newsletter for updates, for news on Renegade and a roundup of what I’m reading at the moment. I’d love to hear from you!

Sign up for my newsletter and receive two free short stories – Les Petites Curies – originally published in the Cinnamon Press anthology The Day I Met Vini Reilly (2016), and Safe Passage, short listed for York Amnesty short story competition, Les Petites Curies, was a spin-off from my novel, News from Nowhere. I discovered that Marie Curie and her daughter, Irène, set off to the front in a makeshift van filled with X-ray equipment, whose use greatly improved the chances of survival for the wounded. Irène was just 17 at the time and I wrote the story from her point of view. Safe Passage was written in response to a visit with my own daughter, to the refugee camp in Calais, dubbed ‘The Jungle.’ We were there for only a week and taught English to young men hoping to reach England. The story is based on a report of a narrow escape at the time. 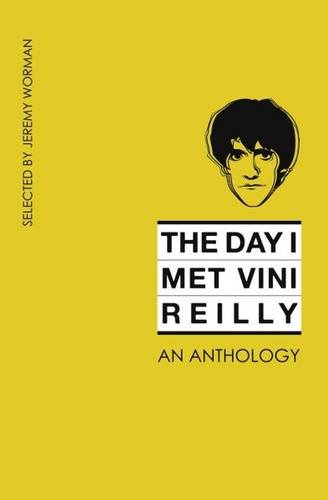 I love book groups where unexpected questions and reflections often occur, exploring ideas that go way beyond the book. I offer these questions as a starting point. 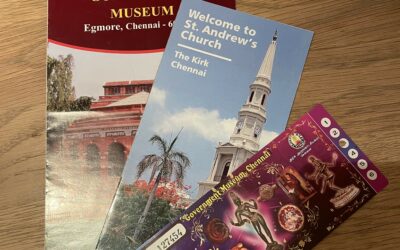 Returning home after almost four weeks away was a chance to re-set. I had just over a week to write my presentation for the York Library meeting and revisit the places I’d been to in Chennai, India. What I’d gained was a sense of the city today, its colour, energy and...

END_OF_DOCUMENT_TOKEN_TO_BE_REPLACED 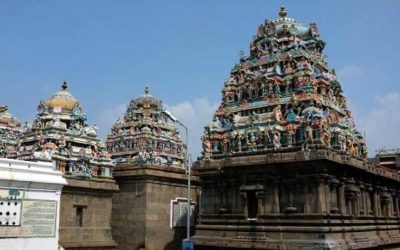 Last month I promised news from Chennai where I went in search of the early life of Eliza Raine. I met my wonderful guide, Seetharam, whose driver, Nandeeshwara, expertly drove us through zigzagging traffic and a blizzard of honking horns. His name, Nandhi, is after...

END_OF_DOCUMENT_TOKEN_TO_BE_REPLACED 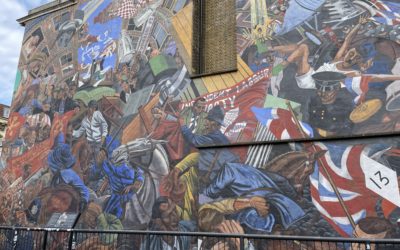 The summer has been filled with local pleasures. I’m loving the vibrancy of Whitechapel and meeting my neighbours. I had tea with a young woman in our block and noticed a striking photo of a distinguished looking old man in her hallway. This was of Max Levitas (1915 –...

Please do invite me to speak at books groups, libraries, writers’ groups, festivals, or social groups who would like a speaker. There’s nothing I like better than meeting others who love reading and writing.